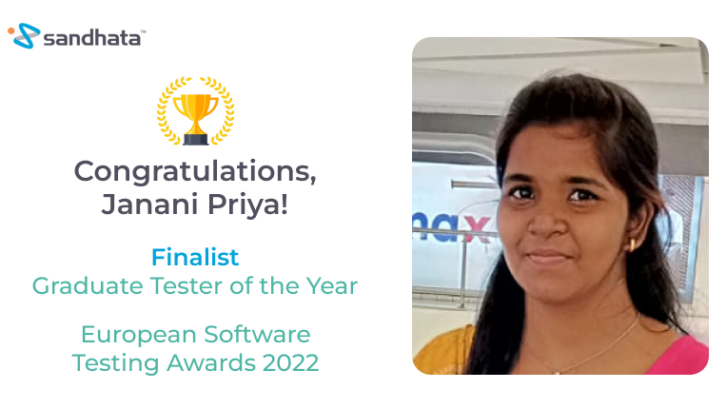 We are very proud to announce that Janani Priya, analyst at Sandhata Technologies is a finalist for “Graduate Tester of the Year” award at the European Software Testing Awards.

Janani Priya joined Sandhata Technologies in 2020, as a trainee analyst. Since joining the team, she has seized every opportunity given to her, been proactive in upskilling herself on technologies and project-specific information, including completing self-led training in her personal time. Janani has worked on projects including microservices and API testing, system and integration testing, and both manual and automation testing. 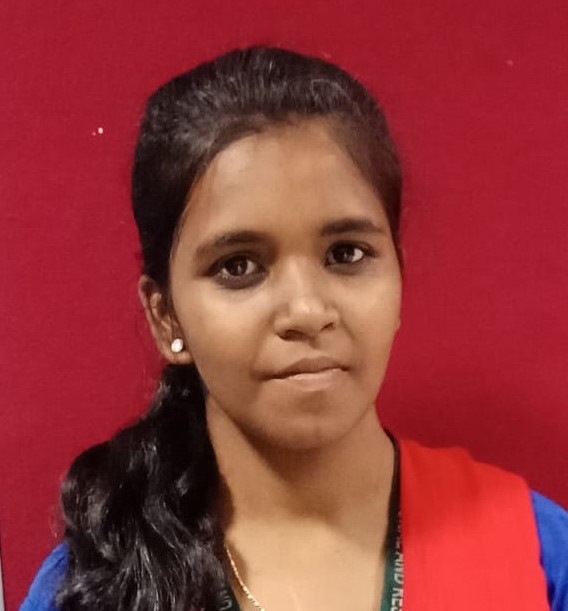 Janani has also been a great contributor to Sandhata internally. She takes ownership of activities outside of her daily role, for example blogging (here and here), employee advocacy, mentoring, and assistance with management of Sandhata’s women’s network.

She is incredibly self-motivated, a hard worker and quick to learn, and she has great potential.

Janani has come such a long way in less than 2 years since she joined us. We are so grateful for your hard work and commitment to Sandhata, Janani. Thank you!

Bronwyn Davies is Marketing Director at Sandhata Technologies. She brings more than 14 years' experience in software delivery across many different roles, technologies and industries to distill and articulate Sandhata's client stories in a variety of accessible, engaging and attractive formats.